Nate joined Osage Venture Partners in 2008 and as Managing Partner oversees investment and portfolio management activities. He serves on the Board of Directors of BA-Insight, Canvas, InstaMed, FieldView, OpsDataStore, PeopleLinx, Pneuron, Phone2Action, RackWare, and Sidecar. He is also a board observer of 51Maps, Brazen, ExecOnline, Identropy, and ResiModel and formerly was on the board of Carnegie Speech and Medallion Analytics. He is a member of the Technology Investment Advisory Board for Ben Franklin Southeast Pennsylvania. Nate is a frequent speaker and panelist at venture events and is actively involved with numerous venture focused organizations including PACT, NJTC, MAVA, GCV, and Early Stage East.

Prior to joining Osage, Nate was President and CEO of Verticalnet, Inc., a publicly traded SaaS solutions provider, which was sold in January, 2008 to Italy-based BravoSolution. He served as the Malvern, PA- based Verticalnet’s CEO for over five years and was attributed with leading the transformation of Verticalnet from an online operator of web portals to a proven software solution provider, while navigating the company through a financial turnaround. Prior to Verticalnet, Nate was a Partner at Mercer Management Consulting and led both the San Francisco and the Hong Kong offices. During his time at Mercer, he worked closely with multinational companies and high growth emerging businesses both in the U.S. and in over fifteen countries across Asia, Europe, Africa and the Middle East. Nate began his career at Chemical Bank in New York providing lending and structured finance services to mid-size companies. He is a graduate of Brown University and of the Stanford Graduate School of Business where he graduated with honors. Nate resides in Philadelphia, PA, with his wife Suzanne and his two sons and daughter. 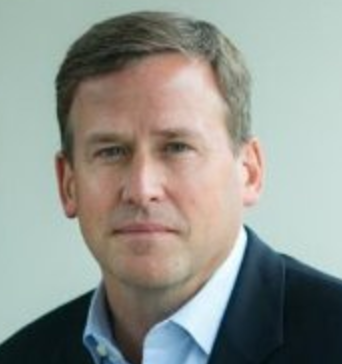